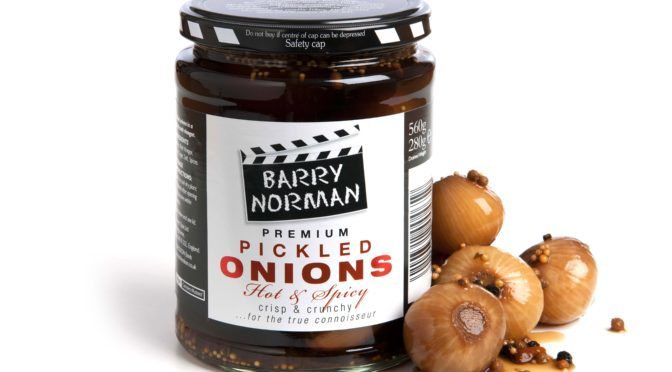 Pickles and the Pictures

As you are all aware over the weekend we heard about the sad passing of Barry Norman.

I’d had this competition planned for some time and it was all pre written and scheduled to go. I was away over the weekend with very limited connection and didn’t actually hear the news until you guys started to comment on this post.

In any other circumstance I would have of course cancelled the competition, but as I was away I couldn’t. I certainly don’t want those who have entered to be at a disadvantage. So after some discussion we have decided to carry on with it.

I certainly don’t want to seem insensitive and I whole heartedly apologise to anyone who is upset by this. It is not my intention.

I would ask that any comments are kept in their current, beautiful, thoughtful vain.

On a personal note I would like to say just how sad I was to find out about Barry Norman’s passing and I know he will have left a lasting legacy. I can’t quite formulate the words I want to about this. So I shall leave it at that.

Barry Norman is a veteran of the film world as a renown British film critic, writer and media personality. He is best known for presenting Film …. on BBC One and is the programme’s longest-running host.  Another of Barry’s achievements, is recreating a Victorian family recipe for traditional pickled onions, and this year marks 10 years since he first launched his range of Hot & Spicy Premium Pickled Onions.

The Barry Norman Hot & Spicy Pickled Onions are described as “the only pickled onion with a homemade flavour” and have, over the years, developed a loyal fan base.

Now you can win two jars of Barry Norman Hot & Spicy Pickled Onions. We’ll also throw in a £20 cinema voucher – so you can enjoy a summer blockbuster at the movies too.
Enter Competition 65 thoughts on “Win a Great Pickles and the Pictures Prize”